Having listened to Living Things by Linkin Park almost everyday since it was released this Summer 2012, I was so pleased that it was to be finally released on vinyl. Not only is the new cover a welcomed treat, but also, it is very limited to just 3,000 copies worldwide on Pure White Vinyl.
Having now been released on Vinyl has just made a great album sound even greater!
Here is my copy that I received today. 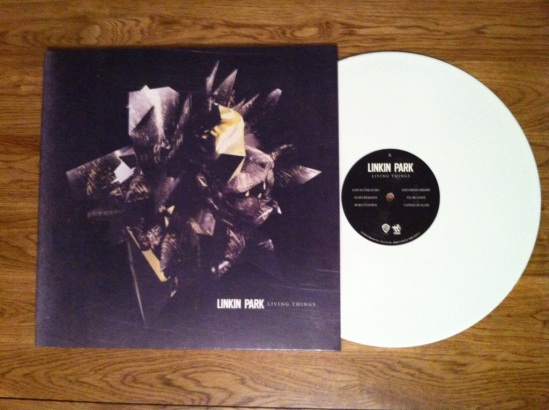